When we made the decision to join with the International Brotherhood of Electrical Workers union (IBEW Local 317) and fully unionize our installation crew, it was electricians like Christian Long that we had in mind.

Originally from Kenova, West Virginia, Christian is not new to working with complicated electrical systems. Having spent the earlier part of his career in Florida, Christian served as the superintendent for one of the largest electrical contractors in the state and was an essential part of the team that built the Universal Studios Cabana Bay resort in Orlando. While Christian says that was a great project to be a part of, the job he’s most gratified to have worked on is the elementary school his children attended. “I think the coolest job I ever did as an up and coming electrician was being a part of the Harmony Community School where my children went to elementary school.”

As a Journeyman Electrician and IBEW member, Christian brings with him over 20 years of experience working in the commercial electric sector.  When he relocated back to the Huntington area, Solar Holler was eager to bring him on board!  Christian started with us in February of this year, but it was his first time working with solar. “Solar was always a major interest of mine. I watched the solar fields being constructed when I was in Florida, but I never had the pleasure of working in this field until I found Solar Holler.”

Christian’s vast electrical experience allowed him to quickly learn the specifics of solar inverters and how they work. The only thing that took him a little time to get used to was being on a roof. “It wasn’t so much a fear as it was just feeling a little out of my element.”

One of the things Christian likes most about working at Solar Holler is that each day brings a new learning experience which keeps things interesting. He couldn’t do his job without his lineman’s pliers, but as long as he’s got those, he’s ready to take on any challenge.

You might think a solar installer would be spared from the sun gods, but when asked what advice he has for newbies, Christian says, “Learn all you can, and don’t forget your sunscreen!”

During his free time, Christian likes to watch the deer and other wildlife roam around his backyard, or you may find him playing World of Warcraft — for the Horde. 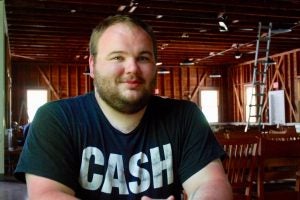 A Lincoln County native, Braden Ferguson was in school to[...] 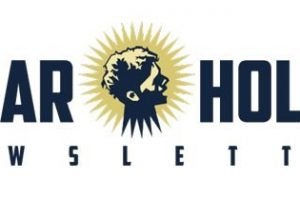 How Are Solar Panels Attached to a Roof? The Process[...] 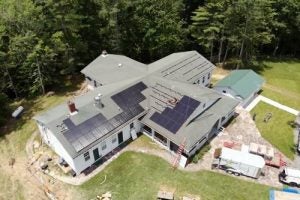 Mining the Sun at a Historic Coal Camp

Tucked away at the top of a mountain road in[...]