Nine years ago, when I set out to build a social enterprise focused on bringing solar within reach of everyone in Appalachia, folks told me I was crazy.  It’ll never work; it’s coal country; no one wants solar there.  You should just focus your career on California and DC and the easy places, they said.

So despite the naysayers, I set out.  We proved that you could help nonprofits go solar with no help from the state.  We built the first training programs for solar in coal country.  We launched the first solar loan program in Appalachia.  We proved that unionizing our crews is not just good for workers–it’s good for the industry and protects consumers.  And all the while we were showing Washington what we were doing; showing that there’s livings to be made, that there’s savings to be had, that West Virginia can continue being the energy state for the 21st Century.

Yesterday, the biggest clean energy bill in our nation’s history passed the Senate.  The Inflation Reduction Act extends homeowner tax credits for the next ten years at 30% of the system investment.  It extends the tax credit to storage and heat pumps, and makes our first investments as a nation in electrifying everything.  But it does so much more than just extend a credit for homeowners in California.

This bill is the bill we’ve been waiting for to rewire Appalachia.  It will help build solar panel and inverter factories in coal communities.  It will help us build the supply chain for batteries, and wind turbines, and heat pumps, and solar panels in America.  It supports living wages and apprenticeships for the electricians who bring it all to life.   This is the law that will revitalize American manufacturing, bring factories back to Appalachia, and allow us to power our state with 100% clean energy.

I feel completely safe in saying that none of this would be possible without the hard work we’ve put in the past nine years.  Without showing Washington every day what is possible none of this would have happened.  Without the support of all the families and organizations that took a chance on a scrappy group of dreamers and doers; without the sweat, the tears, the furrowed brows, the lost hair – I can confidently say that this wouldn’t have come to pass.

Thank you.  Thank you to each of our team members for your work.  Thank you to the families we’ve worked with.  Thank you to the investors who’ve taken a chance.  Thank you to all the support and cheers from our fans and supporters over the years.  This is a huge milestone along the way.  For the rest of my life I’ll be able to point back in pride and say “We built that!” 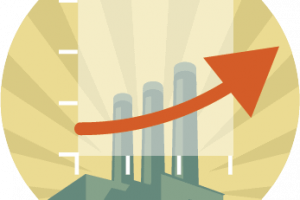 Solar offers a way out of staggering utility rate hikes[...] 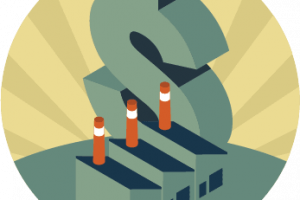