The system was installed at Oak Tree Farm, a poultry farm in Hardy County. With almost 1,400 panels, it’ll provide them a whopping 941,371 kWh of energy per year, which is more than 99% of their electricity consumption.

To say we’re thrilled to have reached this latest milestone might be an understatement. But building and turning on the largest solar system in West Virginia history isn’t just a nice notch in our belt. The 10% reduction in the cost of electricity for Oak Tree Farm is going to allow them to expand operations, which means hiring more West Virginians and bringing more food production back to the state. It’s really a win-win… Which is why we took the time to make this cool video about it.

Projects like this would not have been permitted in West Virginia just a couple years ago. Recently passed legislation legalized Power Purchase Agreements— an arrangement that allows companies like Solar Holler to own and operate a solar system while the other party enjoys the benefits of low-cost fixed utility rates and clean energy. With no upfront cost, it’s easy for companies like Oak Tree Farm to transition to renewable energy sources.

According to Andy Karetsky, President of Skyview Ventures who financed the installation, “This project is exactly what the future of solar in the United States should be. Solar Holler is a Benefit Corporation that is training workers for West Virginia’s future energy industry, while installing locally manufactured racking and modules whenever possible.”

Another stakeholder on the project said, “The Solar Holler team was outstanding to work with and we look forward to working with them again and again.”

The feeling is mutual! For the past decade, we’ve continuously upped the ante, building the industry from scratch here in Appalachia with the goal of making solar the lowest cost source of electricity in the region. Throughout this project, we brought together engineering expertise, the most accurate sunlight modeling team in the country, talented union electricians, and financing pros to make the project happen– and that’s exactly what we’ll do for the dozens of other companies we’re working with this year.

We’re extremely proud of this beautiful project and the work that went into it and are looking forward to similar partnerships with other Appalachian businesses in the years ahead. 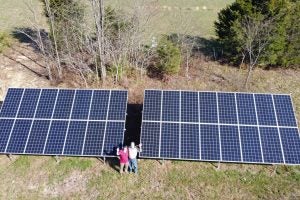 Bobby and Lori Fore on their farm in Owingsville,[...] 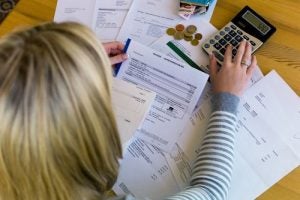 Hey, West Virginia — have you seen your latest electric bill?

Have you looked at your electricity bill this month? The[...] 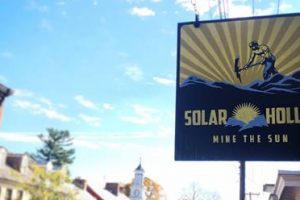